The Alcohol and Other Drugs Harm Reduction Initiative is a branch of the Yale College Dean’s Office dedicated to reducing the various harms - physical, psychological, academic, and social - of drug and alcohol use among Yale undergraduates. We work with students, administrators, health services, police and security, and faculty to make sure students have the information and skill set they need to make smart choices regarding alcohol and drugs, and to create an environment that is conducive to those choices.  This work takes many forms.  A few of them include education programs, collaboration with other institutions, policy evaluation, social activity organizing, and data collection and analysis.

AODHRI is funded out of the President’s Office and has been in existence roughly since August 2011 and under its current name since January 2013. You can contact AODHRI anytime at aodhri@yale.edu 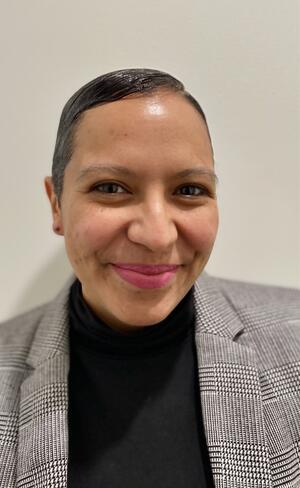 Dean Garrett earned her B.A. from Princeton, with a major in Sociology and a certificate in African American Studies, and her M.A. from California State University Long Beach, in Education. She is a Ph.D. candidate at the University of Pennsylvania, in Interdisciplinary Studies in Human Development, expected to compete her degree in spring 2022.

Dean Garrett brings ten years of experience in education, with PreK-12, undergraduate, and graduate students, and most recently taught the graduate-level seminar at the University of Pennsylvania “Social Justice Frameworks in Developmental Psychology: Applied Frameworks for Critical Research.” She has also held roles as a PreK-12 and higher education instructor and consultant, restorative justice practitioner and trainer, education policy director, racial literacy facilitator and Executive Director of H.R.

With a focus on the developmental transition to motherhood, known as Matrescence (Sacks, 2019), my research agenda explores how Black birthing women who are first-time mothers story their transition to motherhood. Integrating Critical Race Theory and Motherwork, her dissertation explores if and how first-time Black mothers experience and negotiate competing identity tensions within personal relationships and community connection(s). Identity in this case, refers to both personal and sociopolitical identities that become foreground or background in the context of each person’s first transition into motherhood.

Janay Mae Garrett is a Black Chicana MotherScholar, born and raised in Stockton, CA. She is a fan of all things magical and fantastical, gets lost in complicated puzzles, board games or sudoku, and favors hip hop in her musical selections. As a creative pastime, the Garrett family, including Dean Garrett’s husband, James, and their two children, Janai and James II, enjoy painting and making music or documentary-style family films. Unable to get by these days without a good cup of coffee, Café Bustelo is her cup of choice. 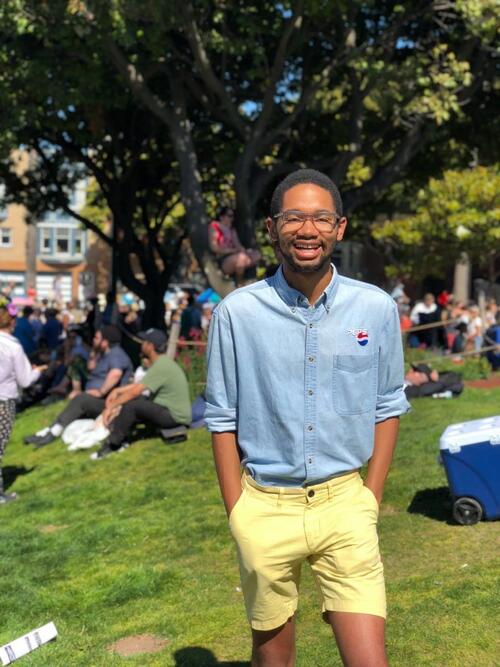 Jerome Walker is returning to Yale after graduating in 2019 with a B.A. in Music. While at Yale, he worked as a Communication and Consent Educator and a First-Year Counselor in Benjamin Franklin College. Jerome was the music director of Doox of Yale, an award-winning all-gender a cappella group, and began their transition from a 65-year history as an all-male group. After graduating, he worked for two years as the Choral Assistant in the music department at Phillips Exeter Academy. His senior thesis in Music was What Comes Next, a new musical written with Noah Parnes, which was performed at Yale in a staged reading in 2019 and in a workshop production at Exeter in 2021. Jerome is excited to return to AODHRI and the Office of Gender and Campus Culture to continue to develop cultural understandings of belonging along various planes of identity. 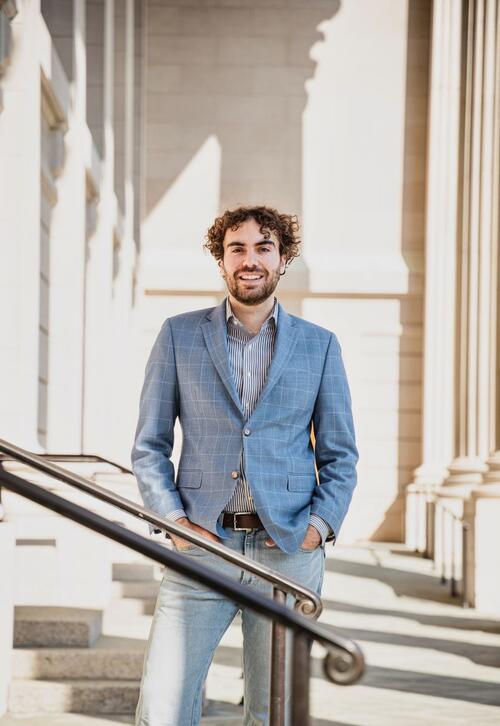 Griffin Berlin graduated from Yale College in 2021 with a B.A. in Comparative Literature, with a focus on Francophone literature of the Maghreb. During his time at Yale, he worked as a Communication and Consent Educator for three years and as a Project Coordinator for the CCE Queer Team. He also served as an Executive Director for the preorientation program FOCUS for two years. Griffin is deeply committed to welcoming and supporting students, creating just and equitable communities, and centering language and storytelling within his work. He is excited to bring his passions to his role as a Student Affairs Fellow.